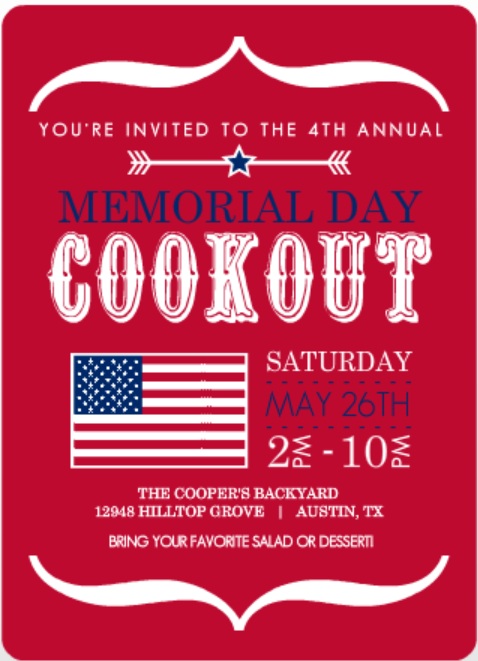 Memorial day is a great way to remember our patriotic heroes who sacrificed their lives to help us breathe the air of freedom. This day is observed with families and friends visiting cemeteries and memorials to pay homage to their loved ones. Want to know more about this historic holiday? Read on to learn tons of Memorial Day trivia and history and even pick up some fun facts to share with your friends and loved ones.

“Your silent tents of green
We deck with fragrant flowers;
Yours has the suffering been,
The memory shall be ours.”
–Henry Wadsworth Longfellow

When was Memorial Day first celebrated? Memorial day was first celebrated on May 30, 1868. It was observed by placing flowers on the graves of Union and Confederate soldiers during the first national celebration. Gen. James Garfield made a speech at Arlington National Cemetery, after which around 5,000 participants helped to decorate the graves of the more than 20,000 Union and Confederate soldiers who were buried there.

Why is Memorial Day celebrated on May 30? Three years after the Civil War ended, on May 5, 1868, the head of the Grand Army of the Republic (GAR) established Decoration Day as a time for the nation to decorate the graves of the war dead with flowers. Maj. Gen. John A. Logan declared that Decoration Day should be observed on May 30. This date was chosen because flowers would be in bloom all over the country.

Who started the custom of wearing red poppies? In 1915, inspired by the poem “In Flanders Fields,” Moina Michael replied with her own poem.

We cherish too, the Poppy red
That grows on fields where valor led,
It seems to signal to the skies
That blood of heroes never dies.

She then came up with an idea of wearing red poppies on Memorial day in honor of those who died serving the nation during war. She was the first to wear one, and sold poppies to her friends and co-workers with the money going to benefit servicemen in need.

How is the 3rd U.S. Infantry associated with memorial day? Since the late 1950’s on the Thursday just before the Memorial day, around 1200 soldiers of the 3d U.S. Infantry place small American flags at each of the more than 260,000 gravestones at Arlington National Cemetery. They then patrol 24 hours a day during the weekend to ensure that each flag remains standing. In 1951, the Boy Scouts and Cub Scouts of St. Louis began placing flags on the 150,000 graves at Jefferson Barracks National Cemetery as an annual Good Turn, a practice that continues to this day.

More recently, beginning in 1998, on the Saturday before the observed day for Memorial Day, the Boys Scouts and Girl Scouts place a candle at each of approximately 15,300 grave sites of soldiers buried at Fredericksburg and Spotsylvania National Military Park on Marye’s Heights (the Luminaria Program).

And in 2004, Washington D.C. held its first Memorial Day parade in over 60 years.

Have a fun, safe, and memorable Memorial Day weekend! Hope you and your friends enjoy this Memorial Day trivia.

We hope you enjoyed our assortment of Memorial Day trivia and history fun facts.