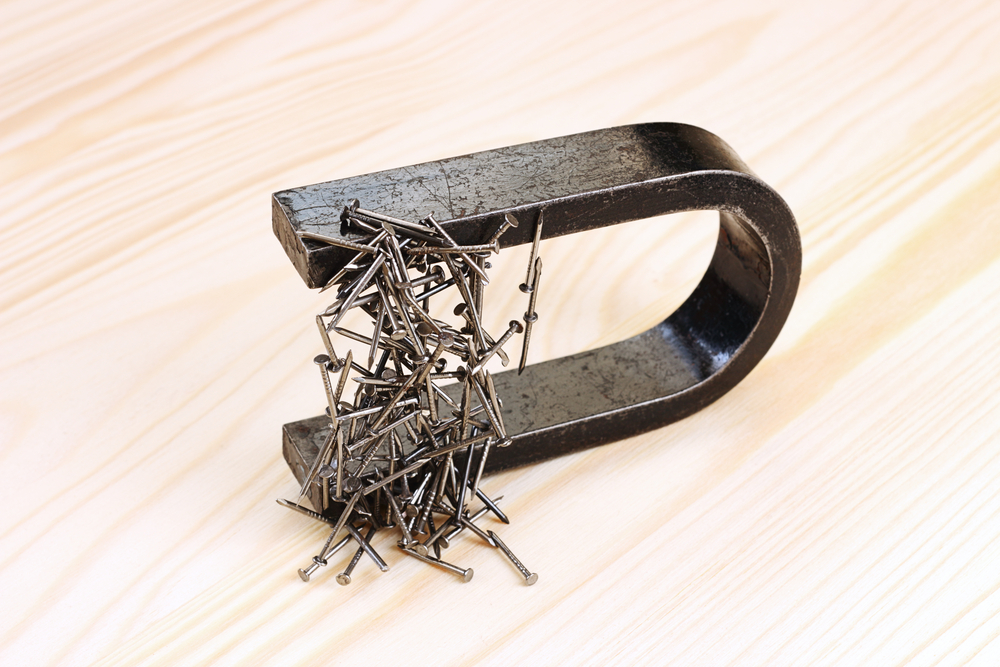 We are all aware that magnets are handy for tasks that range from simple to complex. They can be used to hold things on the refrigerator, to decipher direction, and even to propel things, like China’s high-speed Maglev trains. They serve many purposes, but do you really know what they are and how they work? If you’ve ever found yourself asking “What is a magnet?” — you’re not alone.

Magnets exhibit a variety of unique qualities, which at first glance may appear magical but when examined more closely, are really just a result of magnetic fields interacting with each other.

What is a magnetic field? A magnetic field is created by current. Magnetic fields are created naturally in materials like iron, nickel, and cobalt. In addition to natural magnets, there are also temporary magnets that can be created by applying electrical current to an object.

In materials like iron, nickel, and cobalt, magnetic fields are a result of the movement of these materials’ electrons. These specific materials have electrons that orbit outside of the material itself. The orbiting electrons create a magnetic field which pulls material in or pushes it away.

Magnets push and pull because electrons exit through the magnet’s north pole and reenter through its south pole — as shown in the images above and below. This pattern creates an energy field or magnetic field.

Now that you know more or less what a magnet is and how it works, let’s talk about the different types of magnets.

Permanent magnets are objects made from material that is magnetized. These are the magnets that many of us are most familiar with. Examples of permanent magnets include refrigerator magnets, magnets found in compasses, and so on. They are permanent in the sense that once they are magnetized, they hold that level of magnetism.

What is a magnet?

Hopefully this information helped you to better understand what magnets are and how they work! Please share any questions or comments you with us via the comment section below.