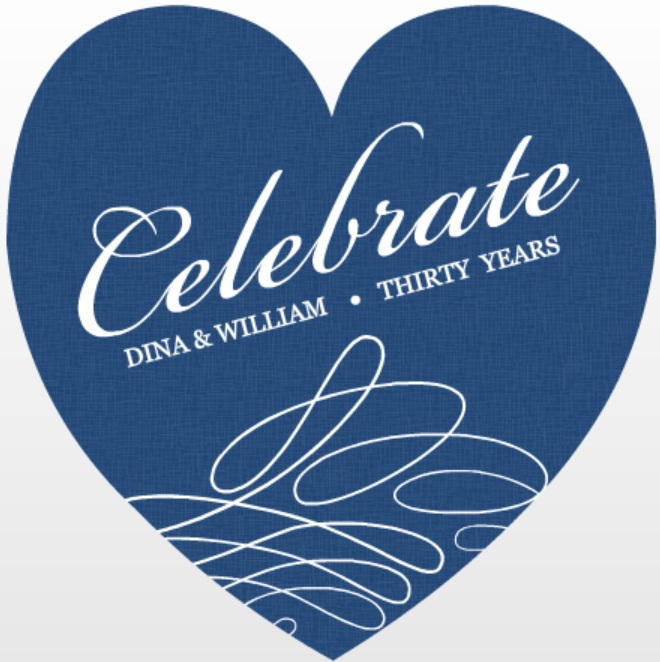 Whether your wedding bells chimed last year, or 75 years ago, you’ll likely be looking forward to celebrating your cherished day. As you prepare for your anniversary with cards or anniversary party invitations, keep some of this wedding anniversary trivia in mind to remind you of how very special marriage traditions really are. 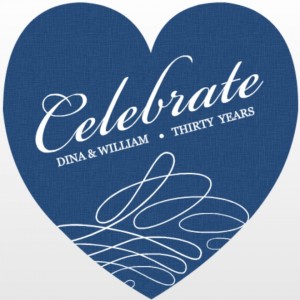 When did the Anniversary Celebration and Gift Giving Tradition Originate?

In early times a man would present his wife with a silver wreath on their 25th anniversary and a golden one on the 50th anniversary. Hence arose silver and golden wedding anniversaries. The practice of giving peculiar gifts on various wedding anniversaries originated in Central Europe. Among the medieval Germans it was customary for friends to present a wife with a wreath of silver when she had lived with her husband twenty-five years. The silver symbolized the harmony that was assumed to be necessary to make so many years of matrimony possible. On the fiftieth anniversary of a wedding the wife was presented with a wreath of gold. This practice, borrowed from the Germans, has been elaborated upon in modern times.

Why give Gifts for an Anniversary?

By the mid-to-late 1930s, people began to celebrate 1st, 10th, 20th and 70th anniversary along with 25th and 50th anniversaries. A gift for each of these milestone anniversary years was also decided by the society. The logic of presenting gifts was that stability deserves a reward and the more the stability, the greater should be the reward.

What is the 12-and-a-half-year Anniversary Celebration?

In Denmark, it’s traditional to make a big fuss of the 12-and-a-half-year anniversary. This 12-and-a-half-year marriage anniversary is said to be a copper wedding. The family members and friends build the couple half an arch made from spruce (you get the other half when you reach your 25th). Then this customary arch is decorated with flowers and lights and positioned at the door of your home.

What is the Story Behind Queen Elizabeth’s Wedding Veil?

It is said Romantic lace is often associated with weddings. The veil made for Queen Elizabeth’s 1923 wedding to George VI required 12,000 hours of work and 12 million stitches.

Who Holds the Record for the Longest Marriage?

It is believed that a Taiwanese couple who celebrated their 86th anniversary together in 2003 hold the record for the longest married couple in the world. They beat the previous record of 83 years by a couple from America.

Wedding Anniversary Day of the Week

The day of the week when wedding anniversaries takes place has it’s own superstitious beliefs. It is considered unlucky to get married on a Friday – especially the 13th.

Like the week days, the month of the anniversary also has its own importance. Check out below to learn the importance of months in a married life.

In the ancient times of the Greeks and the Romans, brides used to wear white gowns. These white robes were the symbol of youth, joy and purity. However, in recent times, the bride tends to choose the wedding dress as per their preference and fashion. The following is an interesting rhyme to caution the bride about her selection of colors: