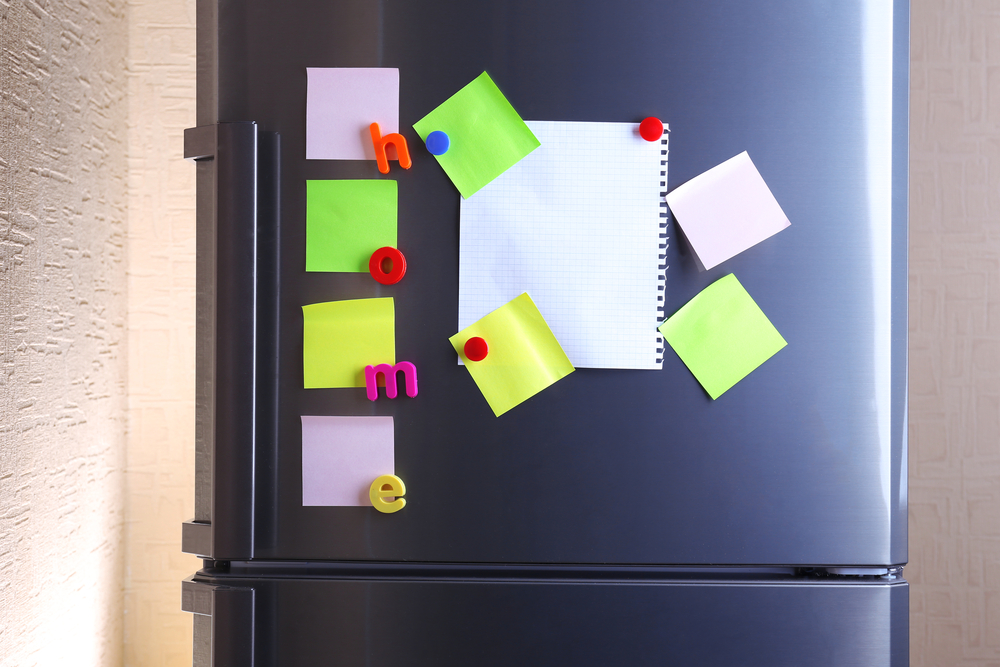 Permanent magnets are objects made from material that is magnetized. These are the magnets that many of us are most familiar with. Examples of permanent magnets include refrigerator magnets, magnets found in compasses, and so on. They are permanent in the sense that once they are magnetized they hold that level of magnetism.

Despite their name, permanent magnets can be demagnetized with heat, contact with other magnets, and hammering — which will loosen the magnet’s atoms from their magnetic attraction.

To create a temporary magnet with electrical current, you can wrap an iron nail with a conducting wire of copper and connect the ends of the wire to the terminals of a battery. Electricity will pass through the nail which will result in the formation of an electromagnet.

An example of a complex temporary magnet, is the large electromagnet shown above. Although there are two basic types of magnets, temporary and permanent, there are many subcategories of magnets that fit within those two specific types.

Permanent magnets come in many shapes and sizes. They are sometimes used in conjunction with electromagnets to power or improve technology. They are also used for simple tasks like holding things on the refrigerator or in compasses to help decipher direction. Below we’ve listed some of the most common types of permanent magnets.

Lodestone was the first type of magnet discovered and used by man. As far as we know, the oldest known mention of lodestone and its magnetic properties date back to the 600 BC when the Greek philosopher Thales of Miletus made note of Lodestone’s ability to attract iron.

Later on, lodestone was used to create the first compasses in China around the 4th century — which worked and looked much differently than modern day compasses. As shown in the photo above, some of the first compasses used a spoon made out of lodestone placed on a board to decipher direction. Magnetic compasses weren’t  used in navigation until much later when individual discovered that compass needles could be magnetized by rubbing lodestone across them.

Temporary magnets are typically stronger and can be lighter than permanent magnets. They are used to lift heavy material, to propel things, and to power machines and technology, including MRI machines, MagLev trains, and some motors and generators. Below we’ve noted some of the most popular types of temporary magnets.

Electromagnets are used for many things. They can be found in many everyday electronics, used to separate metal materials, and used to propel things — like high-speed Maglev trains.

Superconducting magnets are the strongest types of magnets. They do not need a magnet core to function. Rather, they are made of coils of wire made from special metal alloys which become superconductors when cooled to very low temperatures.

Hopefully this information has given you a better understanding of the varying types of magnets. Please share any questions or comment you have with us via the comment section below.