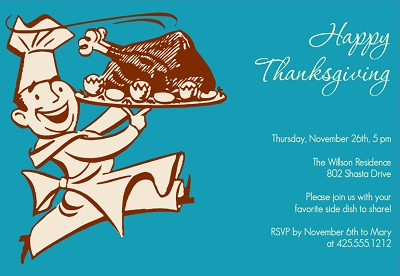 A better title for this article may have been Thanksgiving History and Myths. It seems just about all of what we associate with modern day Thanksgiving celebrations has very little root in actual historical fact. We’ve gathered some facts to help you impress your dinner guests with a little Thanksgiving history trivia.

Per James W. Baker, Senior Historian at Plimoth Plantation: “The reason that we have so many myths associated with Thanksgiving is that it is an invented tradition. It doesn’t originate in any one event. It is based on the New England puritan Thanksgiving, which is a religious Thanksgiving, and the traditional harvest celebrations of England and New England and maybe other ideas like commemorating the pilgrims. All of these have been gathered together and transformed into something different from the original parts.”

So what did the Pilgrims and Native Americans really eat and do for Thanksgiving? The truth may surprise you. Contrary to popular belief, they didn’t sit down to a meal featuring turkey, corn, cranberries, and pumpkin pie (in fact, they didn’t even have forks!). Let’s travel back to Plymouth and discover some of the humble origins of Thanksgiving history traditions we celebrate today and what the original celebration was actually like.

“Our harvest being gotten in, our governor sent four men on fowling, that so we might after a special manner rejoice together after we had gathered the fruit of our labors. They four in one day killed as much fowl as, with a little help beside, served the company almost a week. At which time, among other recreations, we exercised our arms, many of the Indians coming amongst us, and among the rest their greatest king Massasoit, with some ninety men, whom for three days we entertained and feasted, and they went out and killed five deer, which they brought to the plantation and bestowed upon our governor, and upon the captain, and others. And although it be not always so plentiful as it was at this time with us, yet by the goodness of God, we are so far from want that we often wish you partakers of our plenty.”

Our modern day traditions of feasting on turkey, watching football and catching a late afternoon nap may have little basis on the actual “first” Thanksgiving; however, the premise of getting together and expressing thanks for all the good you have in your life is still present. So enjoy your football, turkey, stuffing and pies and remember to give thanks for all that you have. Happy Thanksgiving!