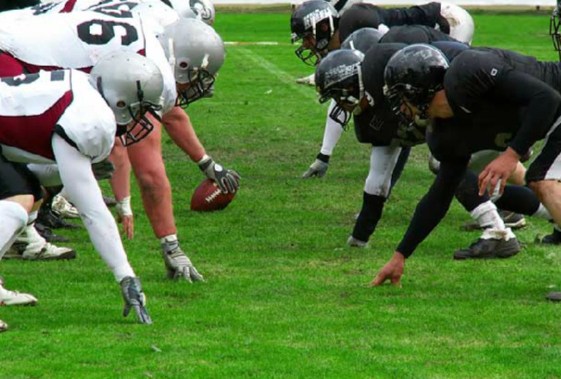 For some of us February means cold days and long nights, but for Super Bowl fans this year February means enjoying the Big Game. No matter how well you organize the football party invitations, food and decorations, to rock your party you will need some exciting games. Below are a few games that you can add to your Super Bowl party. Before you get started, have a look at the Super Bowl party game tips listed below.

For all of those lucky enough to have a back yard, nothing brings out the good times like a game of football. You can arrange this game in the morning as soon as all your guests arrive. The big Super Bowl game doesn’t get going until the afternoon, so meanwhile your guests can have a great time playing football. You can divide your guests in two teams and then give out small prizes to the winning team. Remember to set a table in the corner of the yard for some cool drinks and water, and for the spectators you can keep some chips and dips handy. This is a great Super Bowl party game idea your guests will love!

This is yet another classic game for a perfect Super Bowl party. It is simple and a great way to make some cash for both you and your guests. In this game the person who holds the cup makes the rules for the game. The owner of the cup says a word like “touch down”, “first Down” or “50-yard line”. Then the cup is passed and each guest is supposed to add a dollar to the cup. The next time there is a touch down in the Super Bowl game, the person holding the cup collects the money inside. Then the game starts all over again. The money collected through the game can also be donated to the local food bank or charity, of course with your guests consent. A Super Bowl party game with a good cause. You can’t go wrong with this one!

This game for adults is a fun activity to a certain point. Being the host, you will need to be careful with this game though if you want you and your guests to see the end of the game. To be on the safe side, try picking light drinks for this game. For this game, you line up fans of each team and force them to drink for every turnover, sack, fumble or dropped pass. As a variation you can also try picking a favorite play or call and every time your team is called on, you have to take a drink. Another variation is that each time the commentator says, “Did you see that” everyone has to drink. Drinking games can be super fun and entertaining. But remember not to get too carried away with this Super Bowl party game idea.

Each year the Super Bowl commercials get more wild and crazy. A terrific game is to pass out “commercial score cards,” and have your guests rate each of the big commercials on a 1-5 star scale. After the game, tally up the winners.

This is an easy to play game that would be great after the Super Bowl is over. You pick team colors for balloons, and in each balloon you put a slip of paper. On the slips you can write something like “penalty”, “Personal Foul” etc. and on one of the slips write the score of the winning team. Then ask your guests to pop the balloons and the guest who gets the “score slip” turns out to be the winner of the game. For prizes you can hand out silly gifts like a toy football or pom pom. your guests are sure to have a hearty laugh playing this kiddie game.

If kids are going to be a part of your celebration then it would be a good idea to make some arrangements for them as well. A good way would be to allot them their own “Kids zone,” away from the grown up crowd. You can arrange for some nice movies, maybe a foosball table, easy crafts or even puzzles. Here are some game ideas for the kids at your party. You can take help of an adult family member who is not interested in the game and can help your keep the kids engaged with the Super Bowl party game ideas listed below.

Monkey in the Middle Game

This is a fun game that all your little guests will love. While sending out the invitations, you can mention a line stating that all kids are supposed to come with a football joke. Have 2 to 3 judges who can rate the football or Super bowl jokes. The one who gets the best rating is the winner and gets a football for a prize. Your guests will have a blast playing this Super Bowl game idea!

The most easy to setup game for a Super Bowl party for little guests would be arranging for a video game station on a separate television. You can set up games like “Madden” or “NFL Blitz” for guests to play during the big game.

A Super Bowl party is one of the most fun, laid back parties one can ever attend. But the most important game on Super Bowl Sunday is “Hide the Keys Game.” In this game you need to hide the keys from your drunk friends so they don’t get out on the road. This is very important if drinks are going to be a part of your Super Bowl celebration.

We hope you enjoyed these Super Bowl Party Game Ideas & Tips. Make sure to check out our sweet football invitations for your Super Bowl party!