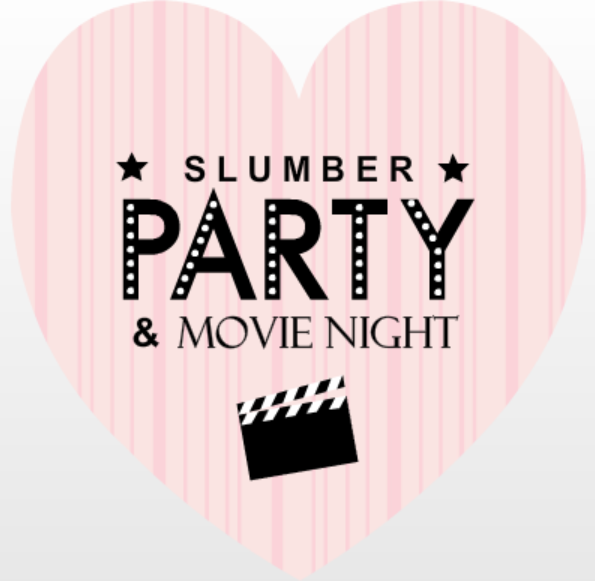 Slumber parties are always a blast, but getting a group of teen girls together is especially fun. Send out the sleepover invitations, get the popcorn and plan for a movie marathon. We’ve put together our top 10 favorite teen slumber party movies. Some are classics from the past mixed in with a few modern favorites sure to please everyone. 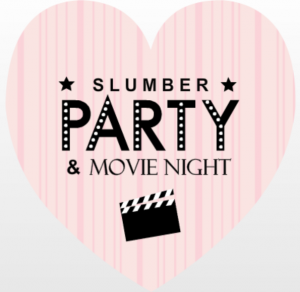 Rated PG. What do you get when you mix T-Birds, Bermuda shorts, bubble-flip dos and incredible dancing? You get Shag. Carson (Phoebe Cates, Fast Times at Ridgemont High) is all set to marry respectable but boring Harley (Tyrone Power, Jr.) until her best friends Melaina (Bridget Fonda,) Pudge (Annabeth Gish,) and Luanne (Page Hannah, ) whisk her off for a last-fling beach party where all the girls have the time of their lives. A charming bad boy throws Carson’s marriage plans intothe spin cycle. His nerdy sidekick whirls Pudge through some dazzling dance steps. Sultry Melaina learns some sexy moves from an Elvis-like teen idol. And even straight-laced Luanne whips off her horn-rimmed glasses and tosses her innocence to the wind! It’s a fun and poignant movie about the trials and tribulations of growing up and making life decisions.

The Sisterhood of the Traveling Pants

Rated PG. This coming of age adventure based on Ann Brashares’ best-selling novel about a special 16th summer in the lives of four lifelong friends who are separated for the first time. One shopping trip, the girls find a pair of thrift-shop jeans that fits each of their vary different shapes, perfectly. They decide to use these “magic” pants as a way of keeping in touch over the months ahead; taking week long turns wearing the jeans to see what luck they bring her before sending them on to the next. Though miles apart, the four friends still experience life, love and loss together in a summer they’ll never forget.

Rated PG. Animated life is idyllic in the fairytale world where conflict is minimal and breaking into song solves every problem. Enchantedbegins in the animated fairytale world of Andalasia where Princess Giselle (Amy Adams) is destined to marry Prince Edward (James Marsden) and live happily ever after. Problem is, Edward’s step-mother Queen Narissa (Susan Sarandon) doesn’t want to give up the throne and will do anything to get Giselle out of Edward’s life. Giselle finds her self transported into the real world – the center of Time Square in New York City, to be exact. , No longer animated, Giselle finds herself alone on a stormy night in the wrong end of town, but a chance encounter with Robert (Patrick Dempsey) and his princess-loving daughter Morgan (Rachel Covey) leads to a warm, safe place to spend the night and the beginnings of a complicated, yet compelling relationship. Characters impulsively break into song, and the harsh reality of the real world is challenged by the optimism of life in Andalasia. Find out if love’s ture kiss really can solve life’s troubles.

Rated PG-13. Writen by Tina Fey, Mean Girls is about a young girl, Cady, raised in the african bush country by her zoologist parents who moves to the, city and attends public high school for the, first time. . Cady, (Lindsay Lohan) thinks she knows all about survival of the fittest. But the law of the jungle takes on a whole new meaning when the home-schooled 15-year-old enters high school & falls for the ex-boyfriend of the schools most popular girl. The movie is full of crazy commentary on what it is to be a high school girl. This is the ultimate modern teen slumber party movie.

Rated PG- 13. Before Patrick Dempsey was McDreamy, he was McDorky. Nowhere-man Ronny Miller, (Dempsey) is secretly in love with Cindy Mancini, the prettiest, most popular girl on campus. When Cindy finds herself in a desperate predicament, Ronny steps in to save the day … for a price! Cindy must pose as Ronny’s girlfriend so that her popularity might rub off on him. The, road to popularity takes an unexpected twist when Ronny becomes so “cool” that his former friends get the cold shoulder, Cindy becomes old news, and Ronny himself discovers that money might buy you popularity, but it can’t buy you love! A timeless favorite.

Rated PG. “As you wish”. The infamous line shared, between the Princess and her farm boy. This movie is a, wondrous tale of wit and whimsey. A poor farm boy falls in love with a Princess but fate keeps them apart for years. The Princess is taken against her will to wed the arrogant Prince Humperdink. Alas the Princess and her farm boy are reunited and must survive terrible obstacles to be together again. The princess bride will transport you to a magical land where fantasy reigns supreme and kings and queens of all ages will want to return again and again.

A Walk to Remember

Rate PG. Perfect for teens who want to shed a tear or two. Adapted from the novel by Nicholas Sparks and transplanted from 1958 to the present day, this admirable teen romance recognizes that two 18-year-olds-Landon (Shane West) and Jamie (pop singer Mandy Moore) can be smart, mature, and sensible about the very real love they share. He’s a popular kid in the cool crowd and she’s got a goody-goody reputation as the dowdy daughter of a local minister (Peter Coyote); her values and priorities aren’t rooted in peer pressure, and Landon feels blessed by her self-assured nobility. Their mutual affection inevitably heads into Love Storyterritory and will elicit more than a few tears. Keep the kleenex handy.

Rated PG. Even though this movie may be older than your kids, it’s still a great lighthearted murder mystery. Clueis a silly whodunit based on the familiar board game featuring Colonel Mustard, Mrs. Peacock, and all the other usual suspects. The sundry suspects gather in a mansion to solve a murder, knowing that one of them is the culprit. Michael McKean, Eileen Brennan, and Tim Curry are hilarious. The video release contains all three endings as it did in the theater. Consider playing the board game as another activity at the slumber party to keep the theme going.

Rate G. , This a great, real-life story about triumph over tradgedy film. As a runaway orphan, Sonora (Gabrielle Anwar) gets a job doing cleanup work for Doc Carver’s traveling stunt show. Her greatest, wish is to become a star diving girl, but her youth and inexperience seem stand in the way. Undaunted, Sonora’s gutsy determination and perserverance finally convinces Doc (Cliff Robertson) to give her a break. Just when she is on the brink of stardom, a twist of fate threatens to destroy her dream. With the help of a loving friend (Michael Schoeffling, MERMAIDS), Sonora faces her biggest challenge yet to prove to herself and the world that wild hearts can’t be broken!

Ever After – A Cinderella Story

Rated PG. A great film for young girls, it’s a, twist on the Cinderella fairy tale. Drew Barrymore plays Cinderella’s alleged inspiration, Danielle, in this romantic drama that purports to tell the “facts” behind the Grimm brothers’ story. The story of a girl for whom a bad stroke of luck is no match for her internal strength and purity of heart. One of three daughters of a man who dies and leaves her fate in the hands of a conniving stepmother (Anjelica Huston), Danielle is cast into the lowly role of a servant. Meanwhile, her sisters are evaluated as possible mates for a French prince (Dougray Scott), but he’s far more intrigued with Danielle’s intelligence and beauty–not to mention her way with a sword and fist. The movie is inspiring and reminds us to always be true to ourselves and good will overcome evil.

We hope you found a fabulous film to watch on this list of teen slumber party movies. For other slumber party inspiration, check out this blog post.