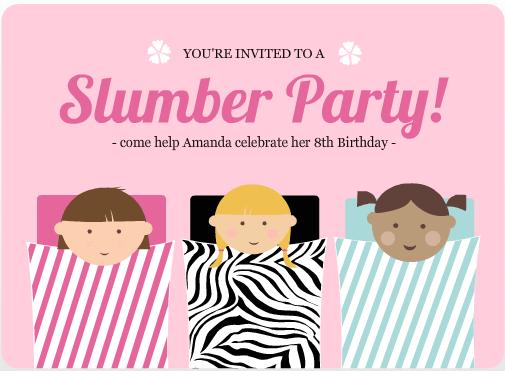 The Chronicles of Narnia

Lion, the Witch and the Wardrobe, the first in the series of Narnia adventures. The kids will love sharing the adventures of, Lucy, Edmund, Susan, and Peter, four siblings who find the world of Narnia through a magical wardrobe while playing a game of “hide-and-seek” at the country estate of a mysterious professor. The children discover a charming, once peaceful land inhabited by talking beasts, dwarfs, fauns, centaurs, and giants that has been turned into a world of eternal winter by the evil White Witch, Jadis. Aided by the wise and magnificent lion Aslan, the children lead Narnia into a spectacular climactic battle to be free of the Witch’s glacial powers forever!

Harry Potter and the Sorcerer’s Stone

This is the story that started it all. In this enchanting film adaptation of J.K. Rowling’s delightful bestseller, Harry Potter learns on his 11th birthday that he is the orphaned first son of two powerful wizards and possesses magical powers of his own. He learns he will be attending, Hogwarts School of Witchcraft and Wizardry, where Harry embarks on the adventure of a lifetime. He learns the high-flying sport Quidditch and plays a thrilling game with living chess pieces on his way to face a Dark Wizard bent on destroying him. Discover the adventure, awaiting you at platform nine and three quarters! 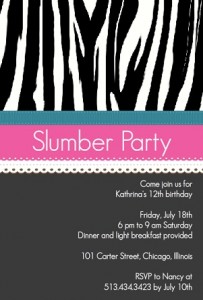 Anne Hathaway stars as Ella in this charming fairy tale adventure. On the day of her birth, Ella is given a gift by her Fairy Godmother, the gift of obedience, which is also a curse. Under no circumstances can Ella refuse anything she is asked to do, no matter how wicked it may be. Tired of being taken advantage of, Ella, with a talking book as her companion, leaves home to find her Fairy Godmother and return her unwanted gift. This simple errand soon turns into an amazing journey filled with ogres, giants, wicked stepsisters, elves, and the sinister plotting. It is sure to be a hit with all the slumber party goers!

A modern day Grease (minus all the vices). High School Musical is definitely a crowd pleaser. Troy (Zac Efron) and Gabriella (Vanessa Anne Hudgens), meet over the summer and begin to fall in love. But summer ends and so does their involvement. Sure enough, Vanessa transfers to Troy’s school and the romance ensues. Troy is the popular captain of the basketball team, and Gabriella the brainy and beautiful member of the academic club. They break all the rules of East High society when they secretly audition for the leads in the school’s musical. As they reach for the stars and follow their dreams, everyone learns about acceptance, teamwork, and being yourself. The real stars of the movie are the song and dance moves! The kids will be swooning for Troy while they sing and dance along to the movie.

A great movie for anyone who never felt like they quite fit in. Mia (Anne Hathaway), an unpopular school
girl finds out that she’s the heir to the throne of a small European kingdom, Genovia, by way of her long-lost
grandmother (Julie Andrews). Mia then taking the hilarious steps to refine and (physically and
socially) transform herself for the throne while she tries to survive the tenth grade, find the right
boyfriend and battle off the paparazzi. While the plot may sound cliche, the movie really is a great
flick taking you back to those less than secure days of high school. You’ll really feel for Mia as
she battles her own self-doubts, feelings, emotions and those sometimes cruel classmates of hers
(including pop superstar Mandy Moore).

Whale Rider is a New Zealand movie shows a young tribal girl work hard to prove to her grandfather that girls can be leaders, too. The film centers around the legend that Paikea rode on the back of a whale and led his people to New Zealand. Tradition has decreed that the first-born maledescendant will become chief of the tribe. As luck would have it, Pai is born…and she is a girl. Pai grows up within a close-knit village which retains the tribes traditional spiritual relationship with the sea and their warrior values. Although loved by all, Pai faces rejection from her grandfather, Koro, who is brokenhearted that there is no grandson to carry on the line. This movie is filled with beautiful scenery and is perfect for pre-teens because Pai is a real role model, one worth looking up to.

Bend It Like Beckham is true girl power. A young East Indian girl needs to choose between her parents’ traditional path and her own love of soccer. This comedy centers on Jess (Parminder Nagra), an Indian girl born in England whose only desire is to become a football (soccer) star like her idol, David Beckham; but her traditional family will not even consider it. With the help of her new friend Juliet (Keira Knightley), Jess secretly joins a girls’ team under the guidance of a male coach (Jonathan Rhys Meyers). As the team starts to gain some attention, Jess’s secret can’t be contained indefinitely. The story of Bend It Like Beckham is packed with genuine story telling and humor. This movie is pure delight from start to finish.

This movie will take you back to your own slumber party nights! Chris Parker (Elisabeth Shue) agrees to babysit after she is stood up by her dream date. Chris settles in, with three kids for a night of TV … and boredom and predictability. But when her frantic friend Brenda calls and pleads to be rescued from the bus station in downtown Chicago, the evening soon ignites into an endless chain of hair-raising adventures! It is the story of what happens when the babysitter and kids leave their safe, stable suburban surroundings and head for the heart of the big city. Full of laughs, this is a great movie for any sleepover party!

A film about friendship, success and compromises; teen sensation Raven (That’s So Raven) stars as Galleria Garibaldi in the Disney Channel’s brightly hued adaptation of the popular book series. Produced by Whitney Houston, Josie and the Pussycats meets Destiny’s Child in the form of the Cheetah Girls. The Cheetah girls are four friends looking to follow their dreams in the music industry. The 4 NY teens who are face the challenge of growing up as they make their way toward a record deal. The foursome will discover that their big break is not what they expected. Their friendship will be tested as the choose between fame & being true to themselves. 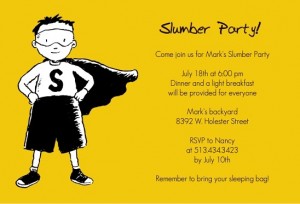 The award-winning bestseller comes to life in this phenomenally fun, adventure-filled movie starring
Emmy Award-winner Shia LaBeouf (before he was Indy’s son). Dogged by bad luck stemming from an ancient family curse, young Stanley Yelnats (LaBeouf) is sent to Camp Green Lake, a very weird place that’s not green and doesn’t have a lake. Upon arriving he’s thrown headlong into the adventure of his life when he and his campmates,
Squid, Armpit, Zigzag, Magnet, X-Ray and Zero, must dig a hole a day to keep the warden at bay. But why? Through it all, Stanley and company must forge fast friendships as they try to unearth the mystery of what’s really going on in the middle of nowhere. Holes has it all; humor and heartwarming, messages of friendship and teamwork. It is a treasure everyone will dig.

So gather your sleeping bags and giant bowls of buttery popcorn: it’s time for a sleepover! These slumber party movies will be a hit with your pre-teen and young teen crowd. Check out our slumber party tips and surefire games to complete the perfect slumber party.