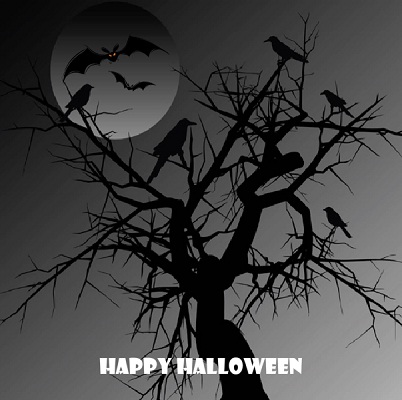 Happy Halloween! Send out spooky Halloween party invitations because it’s time for candy, costumes, craved pumpkins and Celts? That’s right, Halloween origins date back to the ancient Celtic festival of Samhain (pronounced sow-in). Here is a little insight into this spookiest of holidays

The History & Origin Of Halloween

It seems the origin of Halloween, dating back to Celtic rituals thousands of years ago, has long been associated with images of witches, ghosts, devils and hobgoblins. Over the years, Halloween customs and traditions have changed dramatically. Today, many children and adults alike, take a more light-spirited approach. Kids dress up in scary monster costumes or the signature outfit of the latest and greatest superhero while babies don little peapod costumes as they go door to door for treats. Scary haunted houses take temporary residence at malls and in basements and pumpkins are carved to be put out on our porch (check out our Little Known Pumpkin Facts and Trivia). All in the hopes that we get more Treats than Tricks for our All-hallows Eve.

Looking for more information on origin of Halloween? Check out our Halloween Trivia Tidbits article for some great Halloween facts!