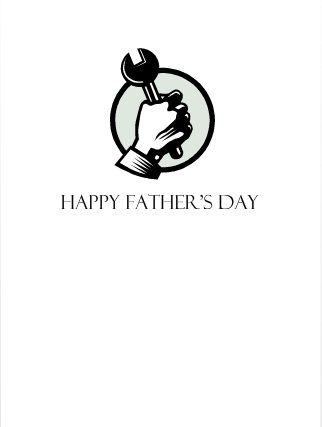 Though it’s been decades since the first father’s day was celebrated, the origin of this holiday is not widely known. The holiday is not only to honor your father, but also all the men who acted as a father figure in your life. Beyond sending thoughtful Father’s Day cards, it is also great to gain an understanding of how this holiday began.   Read on to learn more about the first Father’s Day as well as other facts and trivia associated with it to share with others this year.

What Makes A Dad

God took the strength of a mountain, The majesty of a tree,
The warmth of a summer sun, The calm of a quiet sea,
The generous soul of nature, The comforting arm of night,
The wisdom of the ages, The power of the eagle’s flight,
The joy of a morning in spring, The faith of a mustard seed,
The patience of eternity, The depth of a family need,
Then God combined these qualities, When there was nothing more to add,
He knew His masterpiece was complete,
And so He called it … Dad

When is Father’s Day celebrated around the world? Along with the United States and Canada, Britain also celebrates Father’s day on the third Sunday in the month of June. However, several countries celebrate this day on different dates and months. In Australia and New Zealand, Father’s Day is celebrated on the first Sunday in September. In Belgium and Spain, this day is observed on the 19th of March. There are a couple of other countries which celebrate Father’s day in the winter season.

Which flowers are associated with Father’s Day? If you think that flowers are meant just for women and are a feminine present, then think again. Even dads appreciated the gift of flowers, because flowers are a loving and a thoughtful gift. Traditionally fathers should be given white or red roses. If you are planning to wear flowers on this Father’s Day, consider red roses to celebrate the long living of your father. Wear a white rose in memory of him if has passed away.

Did you know? – Fatherhood Facts: